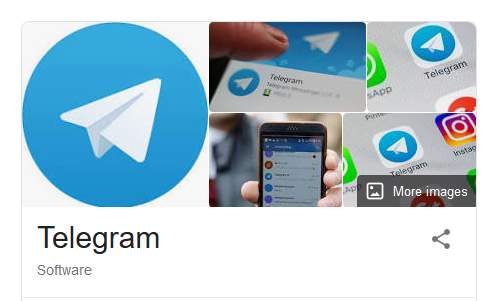 Telegram is a social media app that lets users send secure, encrypted messages to each other from their mobile device, laptop, or PC. Founders Nikolai and Pavel Durov started Telegram to compete with Whatsapp. Whatsapp can only be used with a mobile device, and also does not feature the level of encryption that Telegram does. Prior to starting Telegram, the Durovs founded and operated VK. VK is a hugely successful social media site based in Russia. The Durovs have periodically moved operations of Telegram from country to country; they do this to avoid restrictive regulations. As of November 2019, Telegram is headquartered in Singapore.

Telegram Revenue and Usage Statistics, from Business of Apps

In early 2018, after 5 years of operation, Telegram reported having 200 million active users. That is quite a bit, and even rivals Facebook, which the Durovs have talked about unseating. There are no timelines or statuses with Telegram, either; it is similar to programs like Slack or Discord. There are Channels, where users exchange private messages that only they and the recipients will see. In addition to Channels, Telegraph offers group chats that are less clunky than Facebook or mobile phone group messages.

Another distinguishing factor, or point of difference, is the way Telegraph practices transparency. Statistics quoted here originated with a tool called TGstat, which is free and works by crawling user data that Telegram generates and posts daily for anyone who wants to examine it.

Analytics and Statistics for Any Telegram Channel or Chat, from Popsters

It is difficult to accurately measure the number of global users on the Telegram app. Figures range from 200 million to 365 million, according to our research. We were able to find that Telegram users sent 15 billion daily messages for a period of time in 2016. That same analytic stated that the average user sent 150 messages each day through channels and group chats. It is obvious, from all the figures we found, that Telegram presents a serious challenge to Facebook and Whatsapp messenger domination, after just 6 years of existence (Facebook has been around longer, since 2004). Compounding the challenge, Whatsapp is owned by Facebook. A loss of Whatsapp market share equals a loss of Facebook market share. Telegram has a higher level of flexibility and can adapt to market changes more quickly, since it is a standalone app.

Telegram is ranked #14 in social media app usage in Canada, below Facebook and Google Chrome but above Netflix and Spotify. Globally, Telegram ranks at #7 in communications apps. Facebook Messenger is #3, so Telegram is catching up. Users appreciate the speed, security, and syncing across devices offered by Telegram.

Unlike older chat programs like Discord, Telegram has broad appeal and is typically a communication tool. It does not focus on or appeal to a narrow segment of users, like Discord which is typically a platform for gamers to collaborate. Again, that ability to adapt, along with the speed, security, and ease of use, helped Telegram grow rapidly in the areas of users, ranking, and public perception.

The website Statista, which internet businesses use for marketing purposes, rated Telegram as the 8th most used messaging app in 2019. Whatsapp was in first place, according to Statista’s findings, with 600 million users. Statista agrees with the 200 million users figure that commonly appears on analytical websites, meaning Telegram has about a third the users that Whatsapp currently does.

Most Popular Messaging Apps 2019, from Statista

Statista also tracked Telegram’s growth in numbers of users from 2014 to 2018. Their findings a 417% increase during that period. There were already 35 million people using Telegram in 2014, a year after founding. That number grew to 200 million by March 2018.

Statista also revealed what anyone living in America could report anecdotally: very few American citizens use Telegram. In October 2018, just 1.4% of American mobile device users were making use of the app. It is far more popular in Europe, particularly in Germany.

Some programmers are using Telegram’s publicly available API to create programs that compile and then create graphs of active user data. This is possible with a little knowledge, and access to freeware programs like Filebeat, Elastisearch, and the Kibana dashboard. Getting information from Telegram’s API, which updates daily, is probably the best and most accurate way to analyze, report, and make predictions based on Telegraph usage and growth figures.

Telegram as a company is committed to transparency and helping other startup ventures get off the ground. Though their server side code is proprietary and confidential, Telegram shares its client side code for developers to analyze and build on. Their API, updated daily, is where the 200 million user and other data originated. Telegram is also open about not using end to end data encryption, which has earned them criticism from some security experts. Pavel Durov has said that storing all the messages, contacts, and decryption keys together lets users access their messages from any device, and that it does nor compromise private user data.

On March 22, 2018, on the Telegram company official blog, Pavel Durov himself wrote a post about reaching 200 million users. He thanked everyone and mentioned Telegram’s commitment to letting users customize their own experience, including highlighting the fact that Telegram is privately owned and does not have stockholders to keep satisfied.

If Telegram can overcome objections to its end to end encryption model, and continue to gain new users including opening the United States market, they are poised to catch up with Whatsapp and Facebook Messenger in a few years.